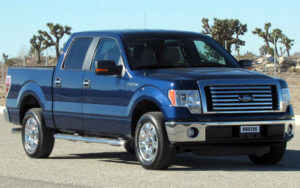 The Ford F-150 is a well-known truck and often the first pick for many truck drivers, particularly American truck drivers. For thirteen generations, the F-150 has proudly dominated the field and with good reason. The first generation F-Series first hit markets in 1948. From that point on, the F-Series Ford pickup became a popular choice in both name and capacity.

Safety has long been a primary concern for Ford manufacturers. The 1987 series F-150 received a serious overhaul that implemented new and improved safety features, such as antilock rear brakes. The addition of antilock rear brakes made this truck top-notch choice since Ford was the first to include this feature on a standard pickup.

In 1994, the F-150 underwent safety upgrades yet again, which included the addition of a driver’s side airbag, beams in the side door, and a third brake light located in the high center. With such amazing safety features, the F-150 was more than just your average work truck. It became a daily driver for many looking for power, hauling capabilities, and safety all rolled into one nice package. 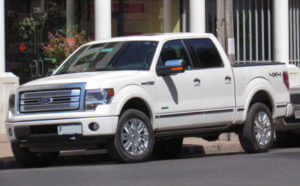 Over the years, the F-150 has offered a wide range of features. Ever since its initial realize in 1948, Ford continued to update the pickup to accommodate the wants and needs of truck drivers throughout America. By continually redesigning the F-150, Ford managed to produce a pickup truck with a broad range of incredible features.

Features that you will find with the F-150 include:

With so many fantastic features to appreciate, you have more than enough reasons to check out an F-150 today. Head over to Liberty Cars and Trucks to ask about the current inventory and ask about a test drive. 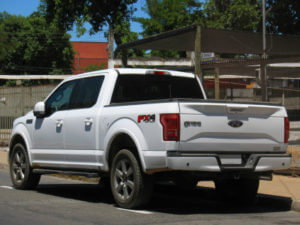 With so many awards backing it, you have every reason to head to Liberty Cars and Trucks to test drive an F-150 today. A professional dealer can assist you in finding an F-150 based on their current inventory. You are sure to find one that best suits your wants and needs.

As it currently stands, the F-150 is a crowd pleaser. It is, without question, a highly recommended purchase for anyone looking to purchase a full-size truck. It features an overall rating of 4.4 out of 5 stars thanks to plenty of customer reviews and a variety of other factors. For instance, the F-150 has a 5 out of 5 rating for features and accessories. It has a 4.5 out of 5 rating for body and interior quality.

With so many great customer reviews, it is no wonder the F-150 has such great overall rating.

"I ended up buying the 3.5 Ecoboost. I was skeptical at first because of actual fuel mileage reviews. My trip home, IMI showed my average at 23 mpg at 65 mph. Then it shows I’m getting 16.9 driving in the city. So far I am extremely pleased…The truck runs and rides great too!"

"My 2016 Ford F150 Supercrew FX4 King Ranch has all the bells and whistles a man could ask for. The safety features really come in handy, especially the adaptive cruise control on the highway. The massaging and air conditioned seats are very helpful on long drives. The 3.5L EcoBoost engine is not as fuel efficient as one might expect, however, the horsepower and torque curve feel endless. The prices one pas for these trucks (the sticker price on mine was almost $70,000) are high, but that is to be expected when you cross an F150 with a Lincoln."